Lithium dendrite is the target of many analyses and researches among the causes of membrane breakage. In the process of repeated charge and discharge of lithium battery, due to the process, material, overcharge, high current charging, low temperature charging and other reasons, metal lithium will inevitably precipitate, and the precipitated lithium will gradually deposit into lithium dendrites, thus becoming a potential risk of lithium battery. Lithium dendrites have a variety of forms, among which dendritic lithium metal will penetrate the diaphragm during the growth and deposition process to a certain extent, resulting in a short circuit in the battery, which often leads to disastrous consequences.

The forced internal short circuit test can be applied to both cylindrical batteries such as 18650 and 21700, as well as square flexible pack batteries. Before testing, the battery needs to be disassembled in a glove box in a specified environment and packaged with a standard metal nickel sheet that simulates tiny metal particles. After reaching the specified temperature and time conditions, the battery was placed in the forced internal short circuit test system at the speed of 0.1mm/s to put pressure on the position of the nickel plate, and the change of the pressure and surface temperature of the lithium battery was monitored in real time at the same time of reaching the specified pressure at a uniform speed. When a 50mV drop in voltage is observed or when the pressure load reaches 400N (square cell) or 800N (cylindrical cell), stop pressurization and hold for 30 seconds, then withdraw the voltage.

In terms of load application and recording, the LLOYD LD system can achieve load accuracy of 0.5% reading level and record load changes at 1000Hz sampling rate. This system uses 32 bit A/D conversion, with extremely high force resolution. While achieving load accuracy and resolution, its voltage and temperature record can also be up to 250Hz, which is the highest accuracy and the highest sampling rate of the test system in the industry.

This system is equipped with explosion-proof high and low temperature environment box, which can meet the temperature requirements of standard forced internal short circuit test, and can simulate the mechanical properties of batteries at different temperatures by changing the temperature. The temperature chamber itself to explosion-proof level, even in the case of violent combustion, explosion of the battery can still ensure the safety of the test personnel and the system, and with active exhaust system, can be tested in the battery flue gas discharge, effectively ensure the laboratory environment.

LLOYD test System focuses on all kinds of customized solutions to help you complete more professional standardized and customized testing, and assist in the testing and research and development of lithium battery products.

LLOYD material testing system (LLOYD material testing machine) can accurately and conveniently complete material stretching, compression, bending, puncture, peel, tear, friction, creep, relaxation, low frequency fatigue and other test items. Rich jig solutions can ensure the accuracy of data while providing users with great convenience in operation. At the same time, as the core of the measurement and control system, professional Nexygen Plus operating software is widely recognized by the majority of users. The software comes with a huge international standard library, in addition to ASTM, DIN, EN, ISO, JIS and other international standards, users can also easily build their own standard files. 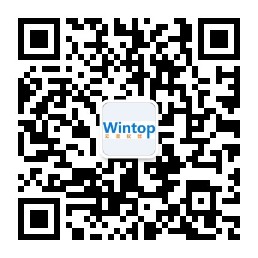